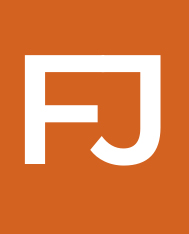 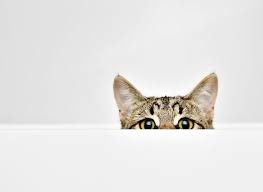 Curiosity killed the cat-what would it do to you?

When was the last time you were really curious about something? When it bubbled up with such force from within that made you take action. Ok, apart from when you went for a search of your Christmas present.

How and when do we lose the willingness to search for wonders or just answers?

About a year ago, me and my team organised a development program for those managers who excel in their performance, have a solid track record. Our aim was to create a custom tailored program that they would find to be not only intriguing but also adding value to them.

To find a common ground we started off with a development centre, thinking that digging deeper would help us mapping their interests. The DC was put together in a way that they were able to demonstrate their strengths and be vocal about their needs.

Following the events we were in complete shock: we found out that although they have been and they still are outstanding in their jobs, they lost their openness to learn anything that does not closely relate to their everyday tasks.

If they were carrying out their activities like robots. When we asked them about their best experiences, all of them came up with valid but quite lame and boring ones such as nailing a new business or finishing a project. When we asked them how could they have done better – no answers were given. When we pushed to find out what new things have they learned or tried recently -we were met with empty gazes.

In summary what we saw were a bunch of exceptional people who lost their curiosity to explore new ways of doing things. It was not burn-out per se but something very much resembling that.

And these were the people we based the future of the company on. The ones that would responsible for change or transformation in an ever changing and challenging economical environment.

It seemed that we had two options: to abandon them and build a new generation of managers who are clearly passionate and have a zest for life or to take on the challenge of igniting that passion in them.

Although it was a tall order we voted for the second option.

We wanted to shake them up, to bring back their curiosity that would result in a passionate and courageous behaviour at the workplace.

We started off by putting together a two-day event that showed them the big picture of the environment they have been operating in. Showing them where the industry is heading, introducing the new players, inviting them to speak their minds. It was a true wake-up call. Was it scary at first? You bet. We saw anguish in their eyes but also amazement about what is possible. The gap between where they were and where the other players are were astonishing.

Serious soul searching began. On top of that we also invited top experts of non-industry related fields from medical futurist, to VR technology, from robotics to design thinking gurus. We crammed in as many inspirational and interactive moments as we possibly could. Even coffee breaks were different with artisan gourmet chefs and coffee brewers.

I won’t lie, we lost some of our target audience during the workshops due to ‘urgent client meetings’ or ‘must take this call’ excuses but we also received many positive responses and saw sparks returning in eyes.

Following the big bang kick off, we provided them with a list of events that would build their courage to find their own voices and let them be heard within and outside the organization. To continue the conversation that was started and make sure that inspirational discourse will keep going on.

Some of the programs offered shed new light on their managerial skills. If you need to practice these skills with dogs for example, will surely throw you off balance and makes you rethink your old ways of giving feedback.

The silent trekking in the woods was especially popular. Building teams without words with emphasis on introspection created many of those A-HA moments.

After a year we sat down with the participants to find out what has changed.

One of the feedbacks that we received was that they have come to re-evaluate their reluctance to explore new ways of doing things. It seemed that the treadmill of routine slowly erased their willingness to make an effort. The fear of conflict with peers or superiors held them back before. However through these programs they saw new horizons that led to loads of questions and they wanted the answers so they went looking for them. It is as if they were drawn into a vortex of wonders.

Any change they saw before as too risky to contemplate became a series of new paths to try out. Turned out they were not cats after all.

Drop me a line